The FIFA President’s Thoughts About The World Cup Group Stage 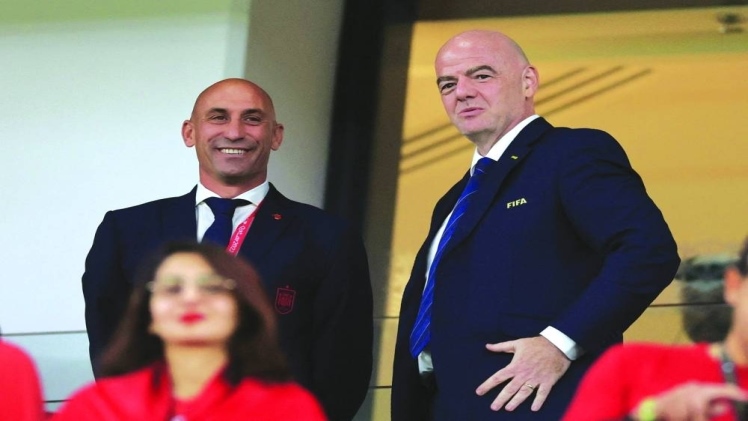 The FIFA World Cup is one of the few statement-making competitions around the globe. This year, it has been a mix of optimism, unprecedentedness, and thrills — being all about the flaming desire of players to make their countries proud by going back home with the most coveted trophy in football.

It’s been a couple of weeks since the anticipated Qatar tournament began. And the focus has shifted from EPL drama, Champions League predictions, Serie A, and other renowned major leagues. As it stands, it’s no doubt that many would have a thing or the other to say about the performances so far. Depending on where they’re watching from or which team they support.

Likewise, based on the statistics, the FIFA president, in an interview, relayed his thoughts about the group stages.

What Does Infantino Think?

For the FIFA president, Gianni Infantino, the group stage was a historical scene of players, teams, and supporters — talking about a record total attendance of 2.45 million in incredibly competitive group-stage matches.

In his words, “I have seen all the matches, indeed. Put very simply and very clearly, this has been the best group stage of a World Cup ever. So, it’s very promising for the remainder of the World Cup. But the matches have been of great, great quality in beautiful stadiums – we know that already – however, as well, the public who was there was incredible.”

The record-breaking TV audience and the meet-up between different people of nationalities was an incredible watch. As for the sprawling on-screen figures, Infantino thinks that proves the popularity of the tournament.

He said, “Over 51,000 on average. Record-breaking figures on TV – we already had over two billion viewers, which is really incredible.

Two and a half million people in the streets of Doha and a few hundred thousand every day in the stadiums, all together, cheering together, supporting their teams, fantastic atmosphere, great goals, incredible excitement, surprises, small teams beating big teams.”

He added, “Well, there are no more small teams and no more big teams. The level is very, very equal. For the first time as well, national teams from all continents going to the knock-out phase for the first time in history. This shows that football is really becoming truly global.”

Also, Morocco’s outstanding play against Belgium and Croatia. This makes it a tough one for many favorites in the Champions League picks, as many World Cup favorites would be returning home from their prematurely cut-short World Cup campaign.

Also, let’s not forget it was a bit of a struggle for the hosts in their group, leading to their early exit. However, they put up a tremendous challenge against the formidable teams Ecuador, Netherlands, and the Africa Cup of Nations Champions, Senegal.

Infantino’s Hopes for the Remainder of the Competition

According to the FIFA president, the bank-breaking World Cup hosting in Qatar has been controversial. However, he thinks it will be remembered for being a huge success.

“We hope that the World Cup continues and concludes as it has started – a fantastic success. I am sure that we will reach five billion viewers around the world.”

He continued, “When it comes to stadium attendance, the stadiums are sold-out, full practically at every match. The fan festivals, the different fan zones, are also very crowded with people celebrating and enjoying [themselves].

“And at the end, we simply want to give some joy and some smiles to people all over the world. That’s what football is about, that’s what the World Cup is about, and that’s what should also happen from now until the end.”

In closing, Infantino remains confident that the tournament is heading toward a fantastic conclusion. If you want to  increase your winning chances, you can focus on Champions League predictions today.