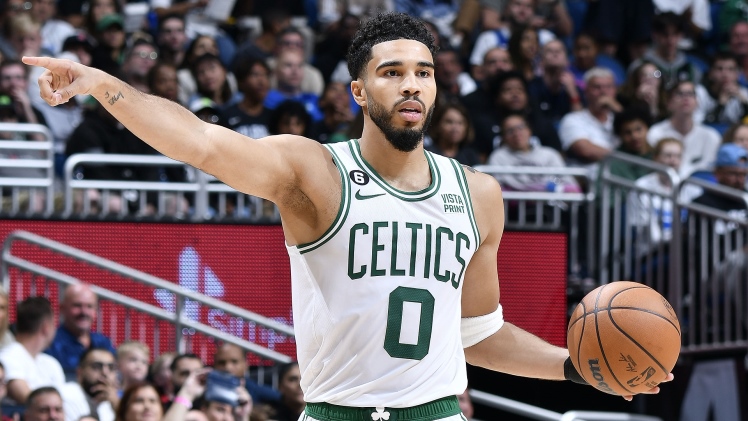 The Boston Celtics finished short of winning an NBA title a season ago when they lost to the Golden State Warriors in six games. Boston hadn’t won an NBA Championship since 2008, when they won it all in six games against the Los Angeles Lakers. The Celtics pride themselves on winning championships and are on track to have the best record in the NBA this year.

Currently, Boston has the best record in the NBA at 21-5, and it appears as if they are on track to win over 60 games this season. NBA expert picks have the Boston Celtics as one of the favorites to potentially win it all in 2022-2023. Why is Boston so good this season?

The Celtics’ coaching situation has been very interesting for the most part this season. Boston had Ime Udoka as their coach last season, and he was not brought back due to internal issues. Joe Mazzulla has done a tremendous job with this basketball team this year. There were a lot of questions about him heading into this season. Mazzulla answered the bell.

He has a different style of coaching compared to Udoka. Ime Udoka is a defensive-minded coach. Joe Mazzulla appears to be an offensive-minded coach, who wants his basketball teams running up and down the floor. This is why the Celtics are running teams out of the gym this season, and it looks like it isn’t going to be slowing down anytime soon.

Anytime you hear about the Boston Celtics winning basketball games, the first thing that comes to mind is the dynamic duo of Jayson Tatum and Jaylen Brown. At the current moment, it might be the best duo in the NBA. They haven’t won an NBA title yet together, but it appears as if they are knocking on the door to win another championship for BeanTown for the 2022-2023 season.

Tatum and Brown are combining to score a ton of points each and every single night. It appears as if both of them score 25 or more points every single game and reach 30 points in a basketball game also. They are making an impact offensively and defensively. Tatum and Brown will most likely be voted into the 2023 NBA All-Star Game because of how good they have been to start the 2022-2023 NBA season.

You can’t have a successful NBA team without having a great supporting cast around you. Some of the names that come to mind on this basketball are Marcus Smart, Grant Williams, Derrick White, Malcolm Brogdon, and Robert Williams III. Smart and Williams III are very good defensively. Brogdon is also in that category defensively and is also a decent scoring option on this basketball team.

They are very deep and have tons of options to win basketball games. Marcus Smart will always guard the opposing team’s best player and Robert Williams III is a solid rim protector. Bench scoring is also a very important factor in winning an NBA Championship. It will be interesting to see how much help they can continue giving Jaylen Brown and Jayson Tatum on a night-to-night basis.

Potential Competition In the Eastern Conference

Even if the Boston Celtics were to win over 60-65 games this season and claim the number one seed in the Eastern Conference, Boston still has a couple of teams to knock off in order to get back to the NBA Finals. The potential two-seed Milwaukee Bucks and the potential three-seed Cleveland Cavaliers are the two best teams to potentially knock them off in the NBA Playoffs in a best-of-seven series.

Milwaukee has Giannis Antetokounmpo, Khris Middleton, and Jrue Holiday. They just won the NBA title two years ago. Cleveland has already beaten Boston twice this season and the Cavaliers have a big three of Donovan Mitchell, Darius Garland, and Evan Mobley. The Brooklyn Nets with Kevin Durant and James Harden and the Philadelphia 76ers with James Harden and Joel Embiid feel like afterthoughts in the Eastern Conference. The Boston Celtics, with Jayson Tatum and Jaylen Brown, will be favored in a bunch of these series when the time comes.