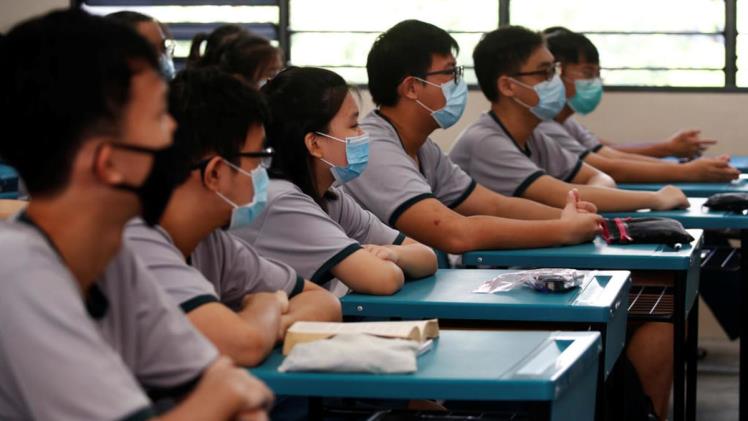 By definition, xenophobia is the act of dislike of or prejudice against people from other countries. Locals in Singapore have been accused of such by expats. Ironically, Singapore has been a country of immigrants for centuries. The small country located in Southeast Asia is a melting pot of people from around the region and racial harmony has been ingrained in the locals for peacekeeping of the country.

It takes a lot to be able to live with different ethnicities, cultures, and religions in such a small land area (and high human density). The government has managed to allow intermingling and living together via policies such as the racial quotas implemented in Singapore’s public housing system managed by the Housing Development Board (HDB). Locals have also been taught to understand the cultures of all different ethnicities and practise tolerance with each other in school. Racial harmony efforts have been ingrained since young.

With a low birth rates, ageing population, and lack of natural resources, Singapore’s immigration policy through the years has been quite liberal. To continue being an economic powerhouse, Singapore needs foreigners to cover the gap in its workforce. As a young nation, its economy is still growing and the government has been proactive to keep the country competitive in future by investing in specific or new sectors.

However, in recent years, more and more locals are voicing out their dissatisfaction with the growing number of foreigners in the country, especially since news of expats, permanent residents, or new citizens misbehaving in public or committing crimes. When it comes to persecuting the guilty, locals find that a different set of laws are set for these groups of foreigners as compared to born locals due to the light sentences meted out for the crimes committed. While cases of expats misbehaving are low, the media portrayals of them sensationalised the content, flaming the locals’ ire. There is no evidence that there are biases in the law but these sentiments have come from a place of wariness for foreigners.

For years, locals have been finding it hard to get jobs or go up the career ladder due to the influx of foreign talent. This increases the displeasure amongst locals against foreigners, thus the xenophobia.

In practice, Singaporeans are naturally warm people and are very accepting of different cultures and ideas. This is to the younger generation’s upbringing with Western and now globalised media content exposure. The xenophobic comments largely come from social media comments although there have been reports of passive racism from locals toward expats. However, this is rare.

Is Singapore still an attractive country for expats?

Singapore’s attractiveness to expats does not solely rely on its locals. There are a lot of benefits to living and working in Singapore, especially long-term. Apart from the obvious benefits such as low taxes, plethora of job and business opportunities, and high standard of living, an expat can expect to live the Singaporean lifestyle. With higher disposable income, residents of Singapore like to travel around the region multiple times a year, dine out often, and partake in hobbies.

The longer an expat lives in the country, the more they will understand its customs and social norms. Many have continued staying in Singapore. This is evident in the number of Permanent Residency applications received by the Immigration & Checkpoints Authority of Singapore (ICA) every year. An estimated minimum of 100,000 – 150,000  Singapore PR applications are received annually.

Expats who plan to live and work in Singapore long-term should apply for the Singapore PR for better career flexibility, enjoy visa-free travel, and take advantage of perks like having a Central Provident Fund (CPF) account for housing, medical, and retirement purposes.